Wasim Sajjad is a politician and lawyer, who served as acting President of Pakistan for two non-consecutive terms, and also as Chairman of the Senate between 1988 and 1999.

As a Rhodes Scholar, Mr. Wasim Sajjad received his Bachelor of Civil Law followed by a graduate degree in Jurisprudence from the Wadham College, Oxford in 1967. He was called to the Bar at the Inner Temple in 1968. On return to Pakistan, Sajjad was admitted as a lawyer in Pakistan.

Sajjad was elected as to the Senate in 1985 and he served as Minister for Law and Justice from September 1986 to December 1988, until December 1988 when he was elected as Chairman of the Senate where he remained until 1997. During which he was elevated to the presidency twice during the general elections. Mr. Sajjad became the Leader of House in the Senate of Pakistan in 2003, remaining until his political retirement in 2008. After retiring from the politics, he has been serving as chancellor of the National University.

The Rhodes Trust have commissioned a portrait through the Royal Society of Portrait Painters in order to honour Wasim Sajjad’s contribution both to The Rhodes Trust and to Pakistan.

They selected the artist Anthony Connolly RP from among the portfolio of possible artists to create this portrait.

Wasim Sajjad. Sajjad himself a Rhodes Scholar, was the National Secretary to the Rhodes Trust for Pakistan for many years. He was the longest-serving Chairman of the Senate of Pakistan, and twice President of Pakistan. 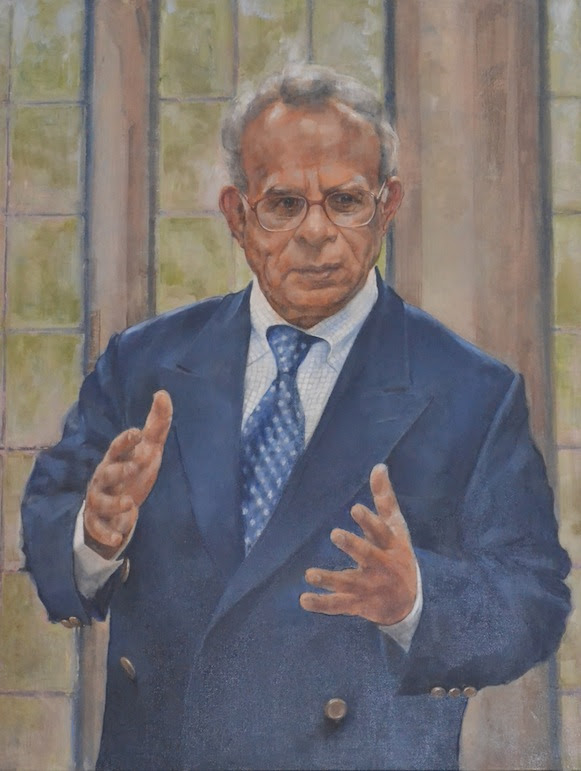