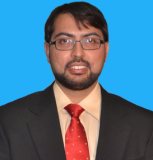 Dr. Tariq is Associate Professor at the Department of Electrical Engineering at National University of Computer & Emerging Sciences (NUCES), Peshawar. He held position of Assistant Professor at the same department from 2012 to 2017. In 2016, he completed his Fulbright Postdoctoral Fellowship of the US Department of States under the supervision of Prof. H. Vincent Poor at the Department of Electrical Engineering at Princeton University. The Higher Education Commission (HEC) of Pakistan approved PhD supervisor, Dr. Tariq research interests are in Wireless Sensor Networks (WSN), Internet of Things (IoT) and smart grids. He has co-authored a book on smart grids with leading researchers (including a Nobel Laureate), published by John Wiley & Sons in April 2015. He has rendered his Technical Committees services in IEEE Globecom (2017), IEEE CISS (2016) IEEE AFRICON(2015), SENSORCOMM(2011-2015), IEEE ISADS(2014) and ICET (2015). He is a regular technical reviewer of the leading journals such as IEEE transactions on comm., smart grids, industrial electronics, and sensors. He is the author/co-author of 40+ research papers, including book chapters, high impact journals and conferences. He has presented his work in conferences held in USA, Canada, Italy, France, Turkey, China, Malaysia, Macau, South Korea, Japan and New Zealand.